Asha hails from Llomerryn, a city full of criminals, thieves and smugglers.

She had a mother at one point, though she died of some illness, leaving behind a crying six year old. From then on, she had one path to keep herself fed: stealing. She was just tiny enough to get away with picking pockets, and it kept her well-fed for years until one of her marks saw her potential and decided to teach the child instead of turning her over to the authorities. Twelve years old, she would go into bars, pretending to be looking for her father; she would clear the pockets of drunken patrons and meet Rafe later on so he could fence off whatever he managed to scrounge up and give her half of the earnings – he said half, but he was probably cheating her. Still, he gave her a place to sleep and food, and she was kept safe from the worst of the worst. Until she grew into her breasts, that is. Then their partnership ended with a knife to his chest, and Asha fled.

He was a bastard for sure, but they’d been together long enough that he knew most of his connections, connections that either gave her tips on where to find valuables or bought said valuables for some coin. She got comfy at an inn by the docks, where she could hear the latest rumor from newcomers, and the regulars knew her well enough to not mess with her. Late into the nights, she went out to do her ‘job’ – not picking pockets anymore but breaking into homes to steal jewelry or other valuables. Then she returned to the inn to get a few hours of sleep, and during the evenings, she gambled with the locals, seeing it as a quick way to make more money.

It was Rafe that ruined it all, as in her rush to make her escape, she hadn’t thought to check if the man was actually dead. He was indeed alive, and he had years to feed his grudge as he watched her from afar. He carved another niche for himself, with a different name this time, and bode his time until he had an opportunity. He sent people for her, tortured and violated her for an entire night and, to remind her not to bite the hand that fed her ever again, clipped the tip of one of her ears. Then she was put on a ship and sent off the city; she had no idea where to, but from what she heard from the crew, she figured she was sold to someone important.

Just a few hours after sailing into the storm, however, something attacked the ship – down under the deck, she heard the crew of the ship fighting for their lives. They were competent fighters, but the ship couldn’t endure the violent attacks and sprung a hole that began to fill the hold. She decided that she’d rather die on her own terms rather than live as a slave, so she found her way out of the cage and went through the hole, expecting the stormy sea to swallow her soon enough. 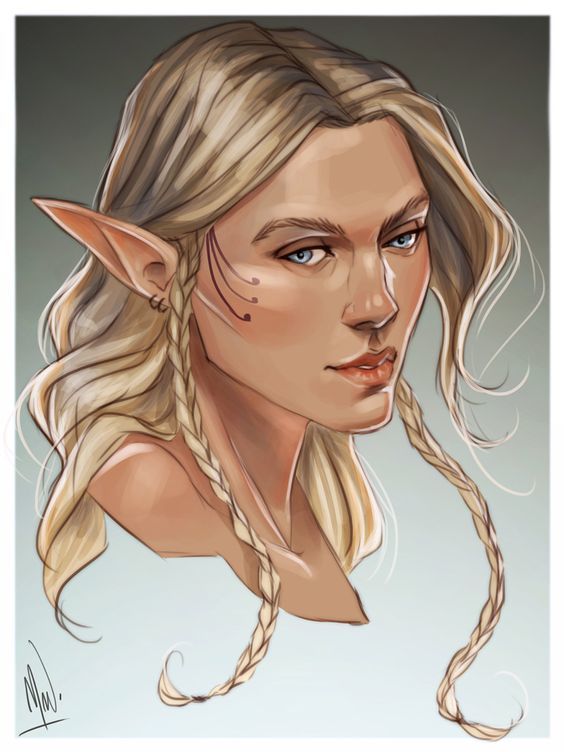